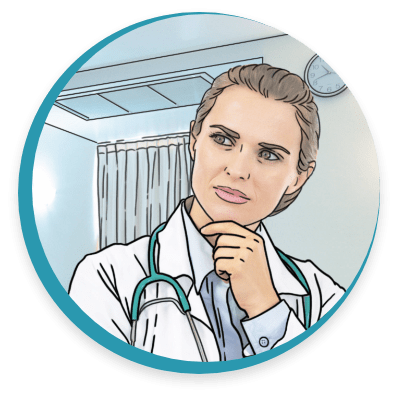 You first met Ibrah, a 33-year-old, G4P3A0 stay-at-home mom of an Iraqi migrant family, around seven months ago. She was referred to your clinic after antenatal screening showed her to be anemic. You diagnosed her to have iron deficiency anemia, and started treatment.

During her subsequent follow up, you found biochemical and ultrasound evidence that her fetus might have an aneuploidy: most likely trisomy 21 (Down syndrome). Ibrah refused invasive diagnostic testing and wished to carry the pregnancy to term.

While Ibrah's previous three children were delivered at home, you strongly recommended that she deliver her new baby at your hospital. She conditionally agreed, promising to come over as soon as her waters broke, or contractions started.

Ibrah turned up at your hospital – but only after she'd had contractions for 6 hours. A timely history and examination revealed that she was in obstructed labor, and you were forced to perform a cesarean section.

You managed to successfully deliver a baby girl, whose Apgar score was 7/8 at 1 minute, and 8/8 from 5 minutes onwards. Her weight was 2300 g, length was 48 cm, and occipitofrontal circumference (OFC) was 39 cm.