A 55-year-old man presents with sudden onset hematemesis. He vomited bright red blood 6 times over the past 3 hours, around half a cup in volume (~125 mL) each time. He has become increasingly confused since the onset of symptoms. He has been passing black, tarry stools for around a week now. There is no previous history of hematemesis, abdominal pain, fever, diarrhea, or anorexia. Neither has he had recent weight loss.

He was diagnosed with Hepatitis C ten years ago, which was believed to be secondary to a blood transfusion following an automobile accident. He defaulted on follow-up soon afterwards and did not undergo antiviral treatment. He stopped drinking around the same time, and even before this, only drank socially. The remainder of his history is unremarkable.

On arrival, he is tachycardic at 110 bpm with a blood pressure of 90/50 mmHg, requiring immediate fluid resuscitation. He is also administered prophylactic antibiotic therapy. Capillary glucose levels and a serum electrolyte assay are both found to be within normal ranges. 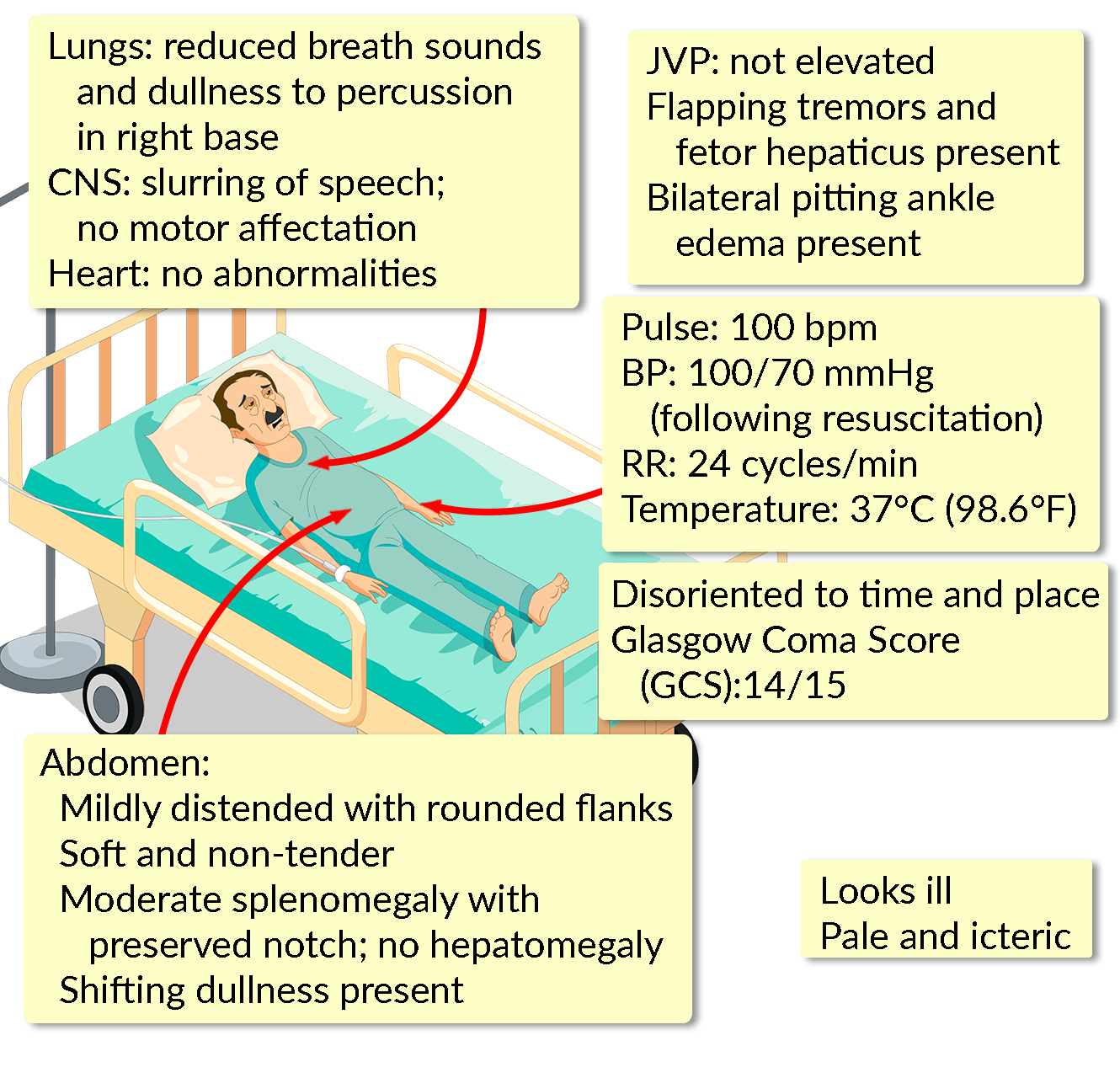